In the last 20 years, Americans have increased their sugar consumption from 26 pounds to 135 pounds per person per year! Prior to the turn of this century (1887-1890), the average consumption was only 5 pounds per person per year. If you eat sweets or drink soda on a daily basis you may be surprised to find how all that sugar is affecting your brain.

Every time you eat something, your body processes it into glucose which is then delivered to your brain via the blood stream. Glucose is your brain’s primary source of energy. When you eat something with a high sugar content, your pancreas responds by secreting insulin for the purpose of pulling all excess glucose out of your bloodstream so that it can be stored for later use. The body’s goal is to keep a constant blood sugar level to ensure that everything is fully functional – including your brain. Because the brain is highly susceptible to glucose fluctuations, there is a direct correlation between the amount of sugar in the body and how well the brain is able to function.

Sugar Highs and Lows – the Addiction

Sugary foods give you a “sugar high” of pleasurable sensations and energy as your body is awash in neurotransmitters: beta-endorphins, serotonin and dopamine. Beta-endorphins are the brain’s powerful painkillers. They are three times stronger than morphine. Serotonin gives a feeling of calm and well-being while dopamine give you clarity along with feelings of reward. Because eating sugary substances triggers their increased transmission, the person ultimately experiences a deficiency which is only satiated when the person consumes more sugar just to be able to feel normal again. This scenario points to sugar’s addictive properties particularly when dopamine is overly produced. Consuming sugar on a regular basis leads to becoming dependent on it. Since the sugar fix initially experienced never lasts very long as you ultimately crash when your body’s insulin pulls out the excess glucose out of your system creating a glucose deficiency as it saves the glucose for later use. With no glucose available, your brain’s neurons experience an energy crisis. This is what leads to you feeling spaced-out, sluggish, confused, and/or nervous. Some people even experience states of anxiety and depression since sugar reacts with your brain chemistry.

By regularly consuming sugary substances, your mental capabilities become impaired because you can’t think or concentrate due to sugar fluctuations. If by chance you happened to be in a class room setting you would find it harder to understand and retain information. Instead, it would feel as though a cloud of fog had descended on your brain. That means that in the future, the information you need to pass a test won’t be there. After experiencing a sugar high and subsequent low due to sugar intake, the body attempts to bring balance by sending a signal telling you to eat something sugary again which continues this vicious cycle of sugar bingeing continues with highs and lows constantly taking place. They often lead to mood swings in which the person doesn’t even know what is bothering them. All they know is that they are upset. They may think that the real issue is something else when in reality, it’s the sugar that is leaving their minds and moods disheveled. The mind and body are connected so what affects one, affects the other. Sugar alters your brain and body chemistry which ultimately affects your mind’s ability to function properly. Hence the reason why sugar intake may be a source of anxiety and depression.

Too Much Sugar = Decrease In Smarts

We are learning more all the time about how sugar affects the brain. Recently, it was discovered that there is a chemical created in the brain known as “brain-derived neurotrophic factor,” or BDNF. It turns out that this chemical is the driving force behind the creation of new neurons. Neurons are specialized nerve cells that retrieve and send information to keep the brain functioning. Neurons are responsible for forming memories, learning new things, and just general brain functioning. Without BDNF, the brain could not form new connections and would not work normally.

A recent study of rats found that those that did the best in tests for memory and visual perception tasks had high amounts of BDNF in their brains. These animals were placed on a diet rich in fat and sugar for a period of two months and even after so short a time, the scientists found that the rats’ levels of BDNF were reduced and correspondingly, the rats did not do as well on the memory and visual perception tasks.

Refined sugar – the sugar contained in our soft drinks, candy and sweets are a big no-no for our brains. Unfortunately, refined sugar is what is found in a large percentage of the American diet in forms such as sucrose (table sugar), dextrose (corn sugar) and high- fructose corn syrup. These types of sugar are being found in sodas and sweets, as well as breads, cereals, mayonnaise, ketchup, peanut butter, microwave meals, as well as most processed foods. In fact, the average American consumes an astounding 2-3 pounds of sugar a week! 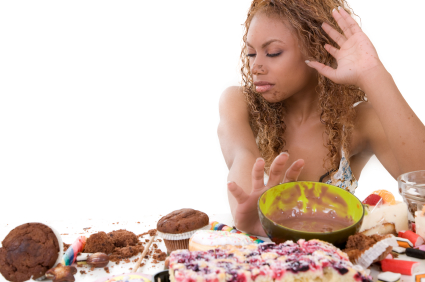 How Do I Change My Sugar Habits?

Do you drink a lot of soda and/or consume a lot of candy or sweets throughout the day and are not sure how to reduce it? On a subconscious level, our minds already know that there is a feel good association between eating sugary foods and our moods, which is what drives people to eat when they are upset. A good example is how your mind will trick you to have something sweet at the end of the day as a way of taking of the edge off a stressful day. You start to think, “This will be my reward.” That’s because your mind is trying to relieve your stress by ensuring that the brains “feel good” chemicals are released. Through hypnosis, you can find yourself indifferent to sweets. Imagine being able to comfortably say no. Hypnosis makes this possible. Hypnosis gives you the ability to stop sugar from consuming your life so that you can focus on what really matters.

“I have battled a sugar addiction since I was a child. I, thankfully, now have it under control. I have been working with Sasha and have successfully broken the shackles that used to imprison me. Through hypnosis, which has bolstered my new and healthy habits, I am no longer a slave to my sugar cravings. I am able to have a healthy relationship with food and especially sweets. I have reached my goal weight and fitness level with relative ease.” H. Johnson

If you are interested in taking control of a sugar addiction through hypnosis visit my main page on hypnosis to stop eating sugar/junk food.