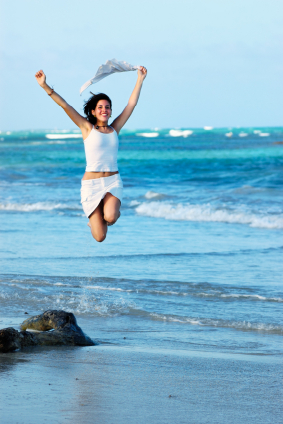 The City of Santa Monica really doesn’t want you to smoke. It has some of the most aggressive stop smoking laws in the Los Angeles County. By limiting the places one may smoke a cigarette, the City is making it harder to be a smoker.

Most recently, the Santa Monica city Council passed ordinance 2318 which bans smoking even on private patios and porches. This means that in Santa Monica, you can’t light up on your own porch or balcony. Fines for the first offense are $100 for the first offense and upwards of $200-300 for subsequent offenses. Landlords are required to post notices in apartment building common areas to inform their tenants of the law and the consequences for violating it.

This ordinance was put into place on top of existing Santa Monica laws that ban smoking in most public places, such as beaches, bus stops, parks, in the common areas of multiunit apartment buildings and within twenty feet of the entrances to all public buildings. These laws were enacted in 2006. Violations of this law are subject to a fine of $250.

The State of California has decreed that cigarette smoke constitutes a hazardous air pollutant and has given communities wide latitude in passing laws that ban smoking. The Santa Monica City Council has stated that the reasons for the strict anti-smoking laws have to do with the hazards posed by secondhand smoke, also known as environmental tobacco smoke (ETS.) Research has shown that there are numerous dangers posed by ETS. Chief among them are cancer, heart disease and increased health risks to children.

One of the major concerns with tobacco smoke is its ability to cause cancer. Lung cancer is the major carcinoma associated with tobacco smoke, but other cancers such as cancers of the nasal cavity, cervix, and bladder can be caused by cigarette smoke as well. In the United States, over 3000 non-smokers die of lung cancer annually. All of those deaths are attributed to exposure to ETS.

Heart disease remains the number one killer of Americans each and every year. Tobacco smoke is a common culprit. It is estimated that 35,000 to 62,000 people die of heart disease every year that can be attributed to ETS. In addition, ETS has been shown to speed up the development of atherosclerosis – a narrowing of the artery walls due to a buildup of plaque. Finally, long term exposure to secondhand smoke doubles the risk of heart attack. ETS also poses very real risks to children. Increased risk of Sudden Infant Death Syndrome (SIDS) in infants, asthma in children and chronic respiratory diseases can all be attributed to exposure to secondhand smoke.

Smoking is bad for you. It is also bad for all of the people around you. You may be willing to risk your own health, but, as the City of Santa Monica has decided, you should not be allowed to risk the health of others.