Having hypnotized countless people, I have found that hypnosis truly is a subjective experience.  One person will experience it as a state of deep relaxation while another will feel it as a trance-like state where their body feels heavy and limp so much so that they can not move because they are so blissfully relaxed.   Most people can hear every day sounds such as children playing or cars passing by.  A few have their minds tune everything else out except my voice.  In both cases, they’re still hypnotized.  Unlike common myths, hypnosis isn’t being asleep.  That’s because hypnosis is a transitory state.  Your conscious and at the same time close to sleep.  As I explain to all my clients, it’s like you have a foot in both worlds.  Please see the excerpt below from Kathy Eldon, the founder and chair of the Creative Visions Foundation, regarding her experience being hypnotized for the first time.  Kathy says, “This is an accurate report on what happened to me and it helped me shift into a more powerful, positive, in control person.” 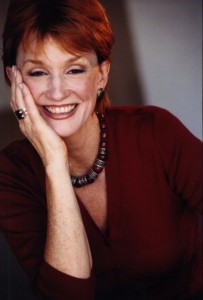 “Never having been to a psychiatrist in my life, I was wary about the first visit, and anxious as to what he might find in his exploration of my subconscious. Michael was aware of my hesitations and put me at ease immediately.  “You’ll be in complete control, Kathy, “ he assured me. “You won’t say or do anything you don’t want to. This isn’t a party trick.”  Still I was cautious as I settled into the doctor’s well-worn black leather reclining chair. As Michael counted backwards quietly, I could hear the clock ticking in the room next to us, and the shouting of children as they raced out of the schoolyard next door. Although I was fully aware, I felt more detached from my surroundings, more removed in time and space. My voice sounded strange, far away and when I spoke, my American accent had vanished, and my words were shrill, those of a coarse English peasant.  I was shocked by the words that I heard.

“Take your fucking hands off me! Leave me alone! Bugger off!” I screamed. My eyes were tightly shut, but I could see as though in a dream as a thick-necked brutish man was wrestling me to the ground. His clothes smelled like a wood fire, and I gagged at the stench of his breath. Howling, I fought him off as he tried to slide his hand under my long woolen dress. Behind him, two men stood laughing, urging him on. I bit him as hard as I could, and tore at his face with my fingernails, cursing him with words I had never spoken before. The man ducked, just as my fingers raked his eyes. He covered my mouth with his hand and flung me to the ground. Brambles and stones scraped my arms as he dragged me towards the bushes and he fell on top of me, ripping at the flap of his trousers as he pinned my legs down. I fought to breathe, as I felt a searing pain inside me, until darkness descended and I didn’t feel anything more.

“Are you all right? Where are you now?” I could hear Michael’s voice.  “I hate those fucking men.” I spat. “ My mother left me and I don’t want to live anymore. Just let me die!”  It seemed I was reliving Elizabeth’s rape with an intensity which frightened not only me, but was clearly worrying Michael as well. When he pressed me to tell him more, I poured out the story of “my” life, four hundred years earlier, in an English village. My mother, a whore, had abandoned me when I was six and I had been forced into prostitution at the age of l2. By 38, she was a beaten woman.

As Kathy, I was watching the scene as though viewing a film. There were tears streaming down my face, and I felt the woman’s feelings of helplessness and rage as though they were my own. Michael encouraged me to move forward in life, and I found myself suspended in a light-filled void. I could tell there were figures in the light, and recognized my mother, or Elizabeth’s mother, the mother who had abandoned her child to a life of pain. In a moment of reconciliation, Elizabeth understood that her mother had not abandoned her, but had died. With that awareness, she was fully at peace and for that moment, so was I.

A week later I experienced the life of another English child, a boy named David who lived in the l8th century. I found it to be a mind-blowing experience, for the first time understanding what it might be like to inhabit in a man’s body. I described the texture of his homespun breeches under my fingers, and stroked my “beard” with fascination. Despite the relative simplicity of his existence as a farmer, David lived a comfortable life as a successful farmer, looking after his wife and five children.

Were David and Elizabeth real? I don’t know and quite frankly, I don’t care. Whether they ever existed or not, I learned an important lesson during the hypnotherapy sessions. Elizabeth was a victim, abused and powerless, unlike David, who knew exactly where he was headed and didn’t let anything stand in his way. I realized that within me I contained aspects of both characters. It was up to me to choose if I wanted to let my life unfold without making conscious choices, or take control and live the life of my choice, whatever that might be.”

Now that you’ve read Kathy’s experience, think about your own experience with being hypnotized.  What was your experience?