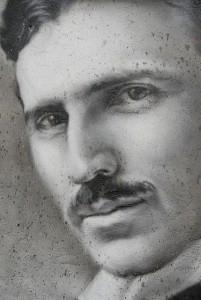 In the middle of the 19th Century, a Scottish surgeon named James Braid introduced the world to what we now refer to as “hypnosis.” In the 170 years or so that have followed, hypnosis has attracted some extremely noteworthy champions. Consider the contributions made to our global society by the following historical figures, who were enthusiastic devotees of the practice of hypnosis:

1. Albert Einstein — The brilliant physicist serves us today as a cultural shorthand for “genius.” Einstein was known to engage in self-induced hypnotic trance work on a daily basis. In fact, it’s widely held that it was during one such session that Einstein experienced the breakthrough that led to his world-renowned Theory of Relativity.

2. Wolfgang Amadeus Mozart — The young musical prodigy was a known acquaintance of Anton Mesmer, a physician who became the source for our word “mesmerize,” used today as a virtual synonym for “hypnotize.” It’s commonly held that Mozart composed some or even all of his famous opera, Cosi Fan Tutte, while hypnotized.

3. Nikola Tesla — One of the most influential inventors of the modern age, Tesla‘s work included pioneering developments with alternating electrical currents, the results of which are still central today to our automobile and electrical power distribution industries. He also gave us our initial breakthroughs with radio and with wireless remote control technology. Tesla was supposedly able to self-induce states in which he could visualize objects as vividly as if they were hovering in the air before him. He reported one such well-known occurrence in which he experienced a sudden, fully-formed vision of the alternating current motor that he’d been trying to perfect for years.

4. Aldous Huxley — The author of the science-fiction classic Brave New World and the famed treatise on consciousness, The Doors of Perception, was also a proponent of hypnotism. Huxley regularly performed hypnosis on himself and others, and wrote openly about his experiences.

5. Sir Winston Churchill — One of the United Kingdom’s most famous prime ministers, Churchill was said to use hypnosis to keep himself awake for long periods of time during World War II, while lessening the harmful effects of the resulting sleep deprivation.

6. Alfred, Lord Tennyson — This acclaimed poet apparently repeated names to himself as hypnotic mantras so as to achieve altered states of consciousness. During such intervals, he is said to have composed entire poems. The arrangements of words that he used in his work have even been characterized as “hypnotic.”

7. Sergei Rachmaninoff — After suffering a nervous breakdown, Rachmaninoff underwent daily hypnotherapy for several months. Emerging from the treatment, he crafted his Piano Concerto No. 2, which cemented his reputation as a world-class composer.

Hypnosis has empowered and enabled some of the modern era’s greatest historical figures in the fields of physics, psychiatry, classical music, technology, industry and literature. Imagine what hypnosis might do for you…

An East Coast transplant gone West, certified to practice law in California, Steve worked for nearly a decade as the Chief Financial Officer at a publicly-traded biotech company in the San Francisco Bay Area. He's since relocated to Los Angeles, and traded law and finance for more artistic pursuits.Steve creates, performs, and records his own original rock music, and has released an entire album of his own work. He also writes fiction, and he blogs professionally for several different outlets. Steve has undergone hypnotherapy on multiple occasions, and as a firm believer in the benefits of this practice, is interested in boosting public awareness of its positive effects.