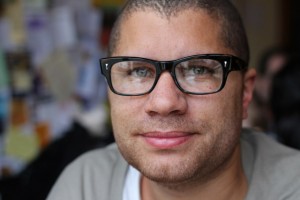 Hypnotherapy is astonishing in its versatility. It is a methodology that can be effectively applied toward a truly vast array of issues.  Nevertheless, some issues prompt people to seek hypnotherapy more frequently than others. Here are the top five reasons people seek hypnotherapy.

1. Anxiety/Depression – Often intermingled, anxiety and depression are extremely common and tremendously destructive issues that plague people across all walks of life, but due to their often subtle nature, can go undiagnosed for years. According to the National Institute of Mental Health (NIMH), “In 2012, an estimated 16 million adults aged 18 or older in the U.S. had at least one major depressive episode in the past year. This represented 6.9 percent of all U.S. adults.” The NIMH further reports that 18.1 percent of adults suffer from some form of anxiety disorder. The good news is that hypnotherapy can be a very powerful counter-measure in the battle against anxiety and depression.

2. Self-Confidence Issues – Everyone has insecurities. Feeling a bit of self-doubt before giving a presentation, or facing a trickle of nervous energy on a promising first date, are typical responses to stressful situations. Some people, however, experience shortfalls in self confidence that are much more intense than these relatively minor manifestations. Some people feel these responses so acutely that the sensations actually become debilitating. Hypnotherapy can help a person make great strides toward conquering these kinds of oppressive insecurities.

3. Fears/Phobias – If you can imagine it, there’s most likely a phobia out there that’s centered on it. Some fears are beneficial, and aid with simple survival — for example, fear of things like fire, explosions, and great heights have likely helped our species to persist for as long as it has. However, not all phobias are focused on actual and imminent threats to a person’s well-being. Conditions such as, say, triskaidekaphobia (fear of the number 13) and pupaphobia (fear of puppets) may do those afflicted by them far more harm than good. Hypnotherapy can help people with phobias re-train their brains to help alleviate them from these crippling, unfounded fears.

4. Smoking Cessation – Quitting smoking is no easy task. According to the National Institute of Health, “More than 85 percent of those who try to quit on their own relapse, most within a week.” Nicotine itself is physically addictive, exerting pharmacological effects directly upon the human brain. Furthermore, someone trying to quit smoking not only faces the grueling slog of withdrawal, but must also somehow manage to evade the myriad behavioral triggers they happen upon in everyday life. Hypnotherapy has been shown to help with cessation of the habit, and with a reduction in the recurrence and intensity of cravings.

5. Weight Loss – No issue exists in a vacuum — weight-related issues in particular often stem from a variety of underlying causes. These causes can be physical in nature, psychological, or some combination of the two, which can make identifying and dealing with them difficult. The skilled hypnotherapist understands this, and can help clients dealing with their specific forms of weight-related issues. As with smoking cessation, hypnotherapy can aid in coping with behavioral triggers and assorted cravings.

If you’ve found yourself grappling with any of the issues listed above, there’s an excellent chance that hypnotherapy can be an effective course of action for you.

An East Coast transplant gone West, certified to practice law in California, Steve worked for nearly a decade as the Chief Financial Officer at a publicly-traded biotech company in the San Francisco Bay Area. He's since relocated to Los Angeles, and traded law and finance for more artistic pursuits.Steve creates, performs, and records his own original rock music, and has released an entire album of his own work. He also writes fiction, and he blogs professionally for several different outlets. Steve has undergone hypnotherapy on multiple occasions, and as a firm believer in the benefits of this practice, is interested in boosting public awareness of its positive effects.