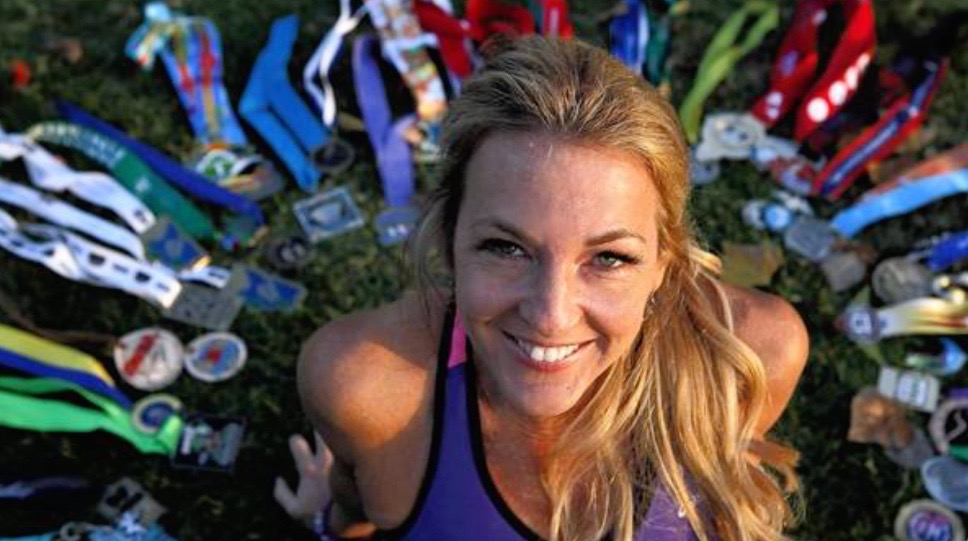 At some point in their lives, everybody experiences loss and tragedy, but what if you decided to fight back?

Watch as I interview Julie Weiss, the Marathon Goddess, who decided to run marathons for the purpose of raising awareness and funds to fight pancreatic cancer. Following the death of her father, her biggest fan, from pancreatic cancer, she felt determined to make a difference. Julie says that A “hair-brained idea” came to her. But unlike most people who would have given an out of the blue idea no merit and discarded it, Julie literally ran with it.

Julie decided to run 52 marathons in 52 weeks in 2013. She ran 1,362.4 miles, often dedicating her runs to those who had been fighting, passed on or freed themselves from pancreatic cancer. In the process, she raised hundreds of thousands of dollars.

Julie has generated considerable pancreatic cancer awareness through high profile media attention on CNN, The TODAY Show, the Los Angeles Times. O Magazine and many other outlets. She is also one of seven featured runners in the inspiring documentary Spirit of the Marathon II.

Julie’s story of success reminds us to always follow our passions, because only our passions lead to greatness.

To find out more about Julie Weiss, go to:
http://marathongoddess.com/