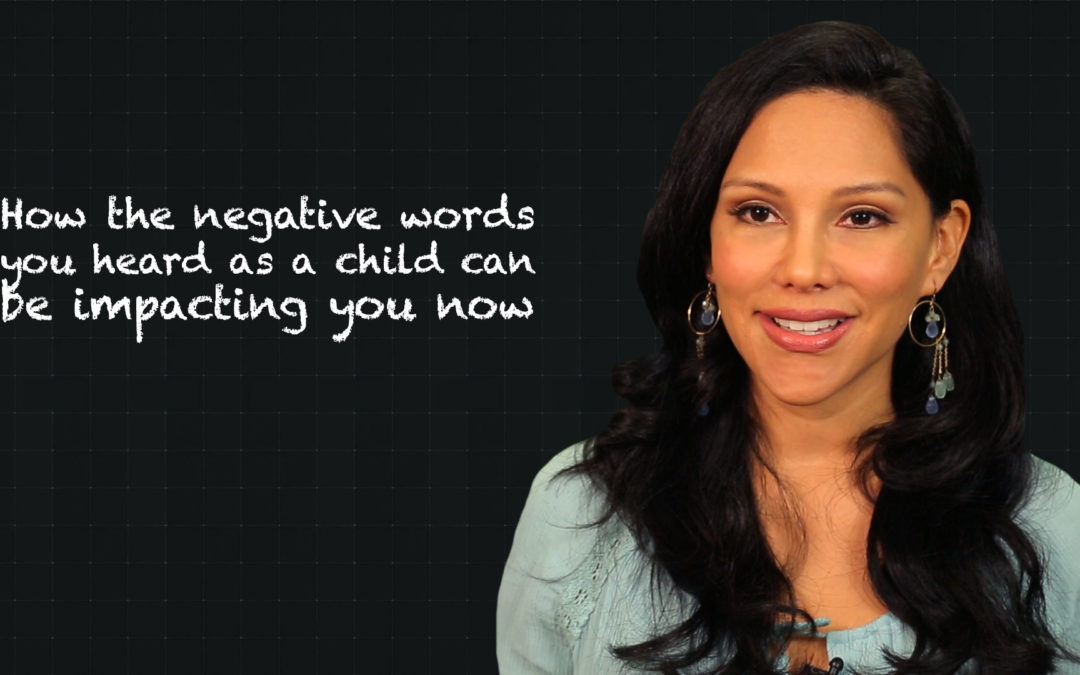 Did you know that the negative words that you heard as a child can still be impacting you now?

Words are powerful. They can either bring the best out of you by helping you grow or they can also cut like knives. In working with so many people, I’ve found that too often, a person’s limiting beliefs started in their childhoods, particularly in their dealing with their parents. There are certain words that no parent should ever tell a child, even when a child has made a mistake. These include phrases such as you’re useless, worthless and you’ll never amount to anything. For some people these words are worse than even being hit because they can stay with you a lifetime.

It’s not uncommon for a parent who is verbally abusive or has alcohol issues to where he or she turns into a nasty drunk to say hurtful words. Repetition is one of the ways that our mind learns. It’s also easier for the negative to get into our minds than the positive. Years of hearing the same thing over and over can cause a person to accept what is being said as a truth. Because their critical thinking hasn’t developed, kids tend to take information literally. A kid might not realize that they have a dysfunctional parent and accept that what is being said must be true. The child can assume that since they are the parent, they know more and are probably right. In other cases, a kid figures out that their parents words and behaviors aren’t normal healthy ones but from having heard the same thing over and over again, their minds come to accept those words as facts.

What’s very interesting is that I’ve found that years later, when the person is already an adult, they can still be living their lives based on the limiting beliefs that they learned from their parent’s cruel words. So for example, a person might have a great career idea but she or he can’t gather the courage to move forward with it because they are thinking, “I can’t do that.” “That’s not for me.” Those internalized words from the past start sounding off. Even if the parent has passed away or lives many miles away, their minds know those self-deprecating thoughts so well, that they do it to themselves. It’s now part of their own inner dialogue, the one that holds them back.

If I’ve described you, then it’s important to become aware of what’s transpired and begin to actively retrain your mind to function from a place of love. Start being more loving, understanding and supportive with yourself. Regardless of your age, start to become the best parent a person could ever have with yourself. And if you have kids, the cycle ends with you. There is power in saying, “I’m not doing that to my kids.”

For more information be sure to sign up to my newsletter because soon I’ll be launching my new hypnosis audios. You don’t want to miss them.