My Son’s Chiropractic Care After a Physical Trauma 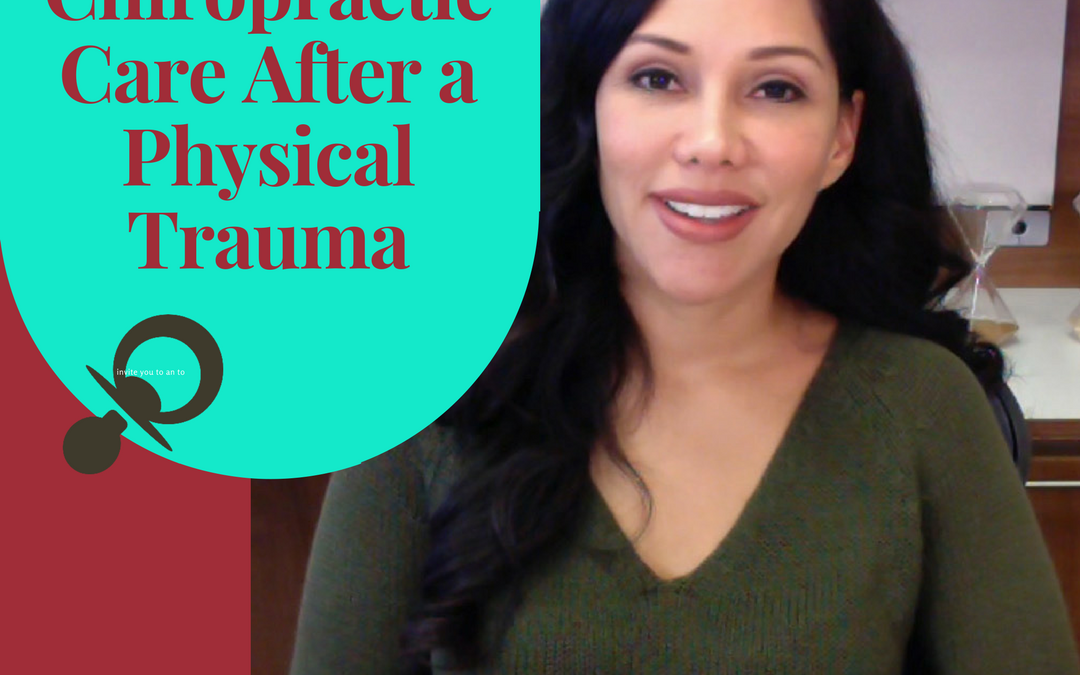 My Son’s Chiropractic Care After a Physical Trauma. Imagine that your little son who’s only months old wakes up in the middle of the night in horrible pain. That’s exactly what happened to my son just a few weeks ago. What happened was that earlier that day, I had taken my son and my dog out for a walk.

My dog has this retractable leash, which has never been a problem before. On this particular day what happened was that my dog saw a squirrel, so he bolted and when he bolted, imagine that my son was standing here as I am facing you and imagine that the retractable leash, it just kind of kept running and so it kept extending and it quickly burned his neck and then on top of that, it tossed him in this weird way onto the grass. He ended up with these really bad like burns here from that whole incident and then he had these cuts on his neck. I remember seeing my neighbor after and he said: oh you know what these things happen, don’t worry about it.

So it’s gonna be okay, but it wasn’t okay, because just a few hours later he was still crying from time to time. What ended up happening was that, it was close to bedtime so a few hours had passed by, I put him to bed, he had his food ,he had his bottle, he was tucked in bed and about an hour in, I heard him whimpering in his sleep and I thought: oh no, I didn’t think this was that bad. I mean, it was an ugly ugly incident but I didn’t think it was that bad.

What ended up happening was that just maybe an hour and something in, I could hear him crying so I went in, I consoled him, went back to sleep, then it happened again and that’s when I knew there was a problem.

What I ended up doing was that I ended up calling dr. Tanya, a chiropractor who’s in the West LA area who’s a good friend of mine and she said: you know your son may have experienced something akin to being in a car accident.

She said: There’s a good chance that I need to get there ASAP. You know if you take him to ER, they’ll check him out but they won’t do what I’m able to do for him, he wakes up and cries one more time and I’m on my way. Sure enough, that’s exactly what ended up happening. He woke up screaming and in pain, the poor little thing.

She came over and she she had me look at his arms and I could see one of his arms was way off, I mean way off and so she told me: he needs an adjustment, really badly. In that moment she literally laid at my little boy on me and started doing all of these adjustments and when she showed me his arms, they were actually level.

Now, the very interesting thing was that maybe five minutes after she left, my son perked up. He got up, he started laughing, smiling, he started playi,ng he went from being from having been completely miserable, to being such a happy little baby and so I was so grateful.

It made me realize that god only knows how many times, so many other kids have had really bad accidents and the parents have no idea of the damage that it’s caused that something might be pinched that something might be off and for all we know maybe those children, even exhibit certain kind of negative behavior and the parent has no idea that is because of this physical trauma that they’ve experienced.

If your son or daughter has experienced some kind of physical trauma like the kind that I’ve mentioned, I would definitely take them in to see a chiropractor, now that I know what I know especially with my son, because he’s jumping up and down and constantly falls, bumps his head and does all that kind of stuff. Now, I am all about taking him in regularly and for check-ups just to make sure that he’s okay.

Well, I hope this serves you in the sense that I hope it really gets you to consider chiropractic for your child because for me and my son it made a world of a difference. For more information about children care visit my website.