Stop Giving Chances to Somebody Who Keeps Letting You Down 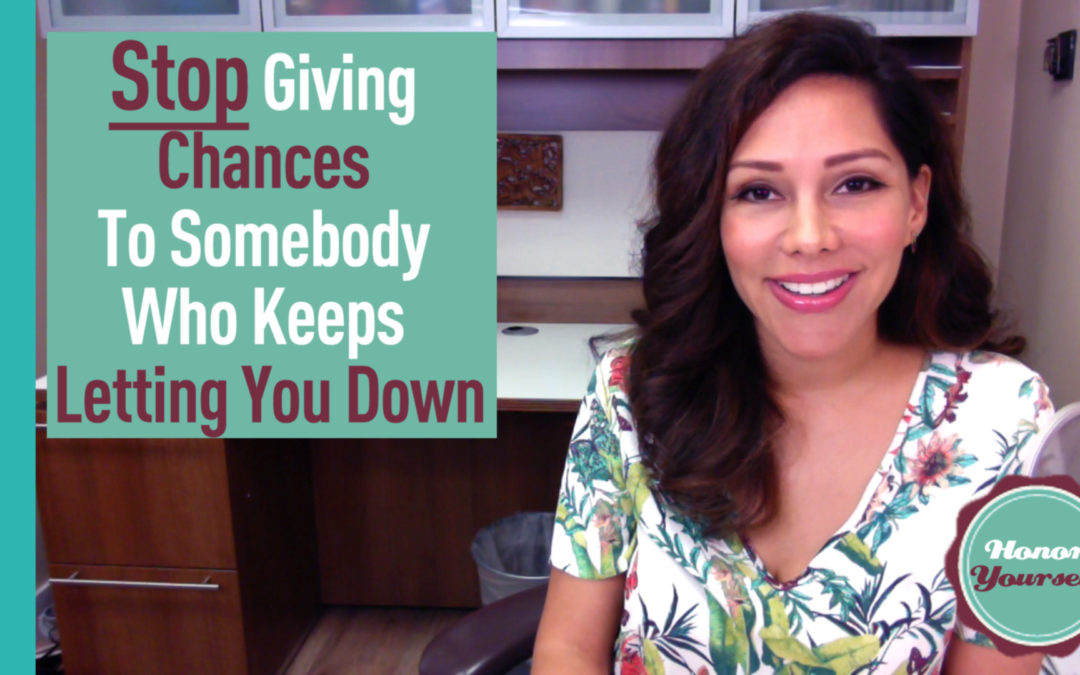 Stop Giving Chances to Somebody Who Keeps Letting You Down

Are you somebody who keeps giving somebody chances? If so, then I have a story for you.

Years ago, I had a woman come in who told me that she had practically been supporting her boyfriend. The guy had cheated on her multiple times, was an unemployed alcoholic that was constantly in and out of rehab and on top of that, could at times be really cruel with his words. The guy was really good at putting her down. She on the other hand was highly successful, was put together and really positive. She totally believed that every person could create the life they wanted to create. The differences between the two were huge.

My impression was that she was trying to fix him and that she was really just enabling him. As long as he said that he really did want to take control of his life and get better, she being a good person believed him and was more than willing to help him even if it was to her detriment. Honestly, it was kind of wild to see somebody such as her get suckered into such a bad toxic relationship.

At one point, she point blank asked me, “At some point everybody will get it together in their lives, right?” Much to her shock I said no.

Some people will never get it together and they won’t because they don’t want to. And that’s the truth. So for example, somebody who keeps telling you that they are going to treat you better but doesn’t or somebody who is going to do the right thing but doesn’t isn’t somebody who’s word you can trust. Do some patterns take time to get down, yes? True. But when you keep giving a person a chance over and over and they still keep letting you down, it’s time to see the writing on the wall and realize that that person cannot be trusted. Talk is cheap. And some people will never change because they don’t want to. They may say they do, but they don’t. Which is why if you are in a toxic relationship that only hurts and brings you down, it’s time to put your foot down. Don’t expect somebody who has done the same thing over and over again to change. Might they change some time in the future? Maybe. But what if that’s 5, 10 or 15 years down the line?. What if it’s never? So for example: How do you think it would impact you to put up with 10 years of b.s.?

Sometimes in life, the most important thing to do is to stop giving people who don’t deserve it chances. Instead, you need to start giving yourself the chance to live a better and happier life. The only way  to do that is to honor yourself and stop giving endless chances.

Mark my word, you won’t regret it.

I hope this video has really conveyed that it’s time to put yourself first and foremost. Like this video, if so, visit my website for more information about it.