Negative Mental Filters and Their Impact On Our Lives 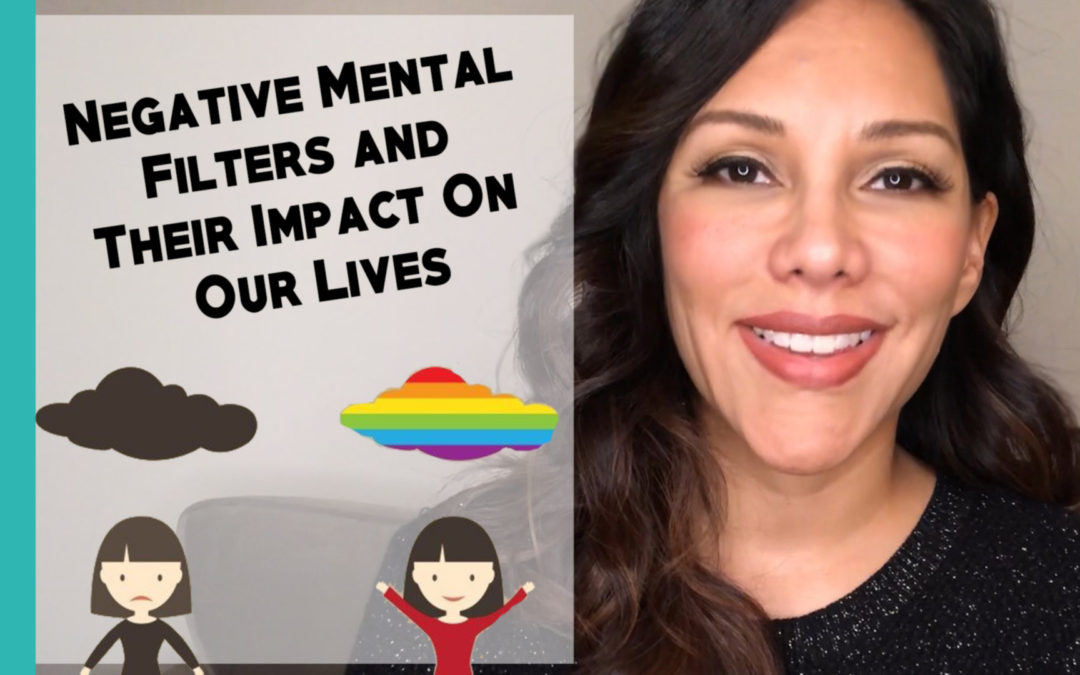 Negative Mental Filters and Their Impact On Our Lives

Today I’m going to share a very interesting story with you. Years ago, I had a woman come in because she had this horrible fear of flying. I had already worked with her daughter and seeing the difference that it had made in her life, her mom decided to come in. At one point during our session, I was asking her basic intake questions when I asked, What’s a place where you would imagine yourself happy? With an expressionless face she replied with, There isn’t one. I quickly countered with, there’s got to be one place and she said none. What made that hard to believe was that this woman had been working at the same company for decades, had two beautiful, intelligent and successful adult daughters and had been married to the same man for over two decades and everything in that relationship was ok. Obviously, something was wrong with this picture. The more I asked in a variety of different ways for some memory of even just a positive experience, she wouldn’t budge. It got to the point where I needed to continue with the session so I did just that.
Well, I must have asked her so many times for a memory of just even a positive moment that during our session without me even asking for it, her mind went and found a memory. And what was wild was that later on, she would tell me that it was a memory that she had no previous recollection of. Check this out: Her mind took her to a time frame when she was just 5 years old, poor, without her parents, living in the house of a family member with people who didn’t always treat her nicely. She connected with a particular memory of her being in a yellow dress that had flowers on it. She said that even though her dress was dirty, she said that she felt happy. While she was telling me all about it, you could tell that she was also experiencing feelings of happiness and peace. Another thing was that she didn’t talk like the very serious put together woman that had come in, instead, she talked more like a child. After I helped her to process that experience, I continued with our session and got the job done. That client went on to have one of the calmest flying experiences she had had in a very long time. I was really proud of her.
My point in sharing that story with you is that our unconscious mind has all kinds of stuff stored in the hard drive of our minds. Some things we are aware of and others, we have no recollection of. We don’t need to know everything that is stored but it is advisable to process anything that might negatively be carrying into your present. So for example, if you find yourself automatically carrying on with negative thoughts and behavior that only hurts you, you want to work on that because left unchecked, our minds usually keep wanting to do the same over and over again. The thing is that it’s up to you whether you are going to let the past control you or if you are going to take control.
For more information on sessions, feel free to go to my web. We offer in office as well as over the phone sessions.