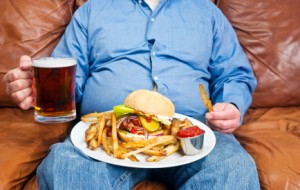 According to the National Cancer institute, “Obesity and physical inactivity may account for 25 to 30 percent of several major cancers.”


When it comes to studying the effects of obesity, much is known about how being overweight can affect women, but very little is known about how it affects men.  One reason for this is that women tend to be over-represented in studies aimed at weight loss.  This may change in the future because the numbers of obese men have been increasing over the last decade.

In recent years, some obesity studies have discovered some disturbing facts about how obesity affects men.  Like their very heavy female counterparts, blood samples and stress tests showed that heavy men are less able to process carbohydrates.  They were even shown to have less stamina than women.

Men tend to accumulate fat in their upper bodies, where women tend to accumulate it in their hips and thighs. Think of the classic beer-bellied man as opposed to the pear-shaped woman.  Obesity related illnesses such as heart disease and type II diabetes tend to occur more in people whose weight distribution is more in the upper body region rather than the lower body.

Other effects of obesity on men include: erectile dysfunction, low sperm count, reduced sperm motility, benign prostatic hyperplasia (enlarged prostate,) and kidney stones.  The most surprising fact is that a whopping 2 out 3 adults (men and women) in the United States are at risk of getting and possibly dying from cancer because of their obesity.  Some of the most common cancers in men include liver, gallbladder, pancreas and gallbladder.

In addition to all of these physical effects, being obese also affects men’s self-esteem and potential for career advancement.  Data from recent studies show that, like women, overweight men tend to suffer confidence issues and are less likely to be hired or promoted than normal weight men.

For many, weight gain starts in the mind.  Food is often seen as a coping mechanism or as a source of comfort instead of fuel.  Hypnosis can help those suffering from negative eating patterns to stop overeating and start eating normal portions of food.  The best candidate for hypnosis is a person who is fully committed to creating change in their lives.  For an obese person, reaching ones natural weight is a process and that is completely acceptable.  The most important thing is that one reaches their goal in the time frame that is right for them.  Hypnosis can help make that a reality.   Call Now! 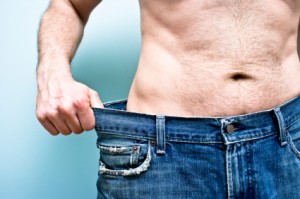