Jennifer’s Story: Re-Training the Brain with Hypnosis for Depression 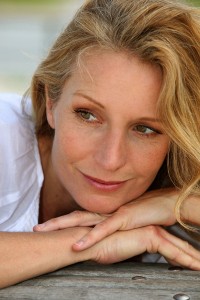 In my hypnotherapy practice, anxiety and depression account for one in every three phone calls I receive. Though people might be unaware of the causes of their misery, there is always an underlying core issue or issues that are the cause of the negative thoughts and behavior.

Further, while some may have more of a genetic predisposition, nobody is born anxious or depressed. These are learned behaviors that in adults get reinforced by very jarring experiences that have left a negative imprint on the mind — an imprint that the mind keeps wanting to stubbornly go back to.

My basic rule is that things happen — or don’t happen — for a reason.

Jennifer* is a beautiful and highly intelligent woman who came to me after finding herself feeling inconsolably bad. After asking some key questions, I found out that she had recently been experiencing a lot of stress. A new person at her job who she had to work closely with didn’t like her. Jennifer found that, instead of working towards a common goal, this woman strove to make Jennifer look incompetent. With the added pressure, Jennifer, who is a seasoned veteran in her field, found herself making simple mistakes. The mistakes were adding up, and Jennifer found that she no longer believed in herself or her abilities.

By the time Jennifer’s contract with the company was up, she was more than happy to leave. Unfortunately, she left riddled with self- doubt and self-loathing.

Another person wouldn’t have reacted the same way, but Jennifer did because of her past.

As a child, Jennifer had very tough parents who only showed her approval if she got straight As and did things the exact way she was told. Anything other than superior performance was met with strong disapproval, including the withdrawal of what little affection she did receive.

On a deep, subconscious level, when faced with conflict at work, Jennifer’s mind had brought her back to her childhood. Once again, she feared rejection, not getting what she wanted and needed, and not feeling good enough.   She felt that everything was her fault, and decided that must be the cause of all other issues in her life, including why she was single. Her whole life felt like a failure.

It was time to re-train the mind to function differently.

Since Jennifer has begun hypnosis for depression sessions, I’ve really seen her flourish. With every limiting belief that she releases, she feels more and more in tune with herself. While, like all of us, she is a work in progress, she is in a much better headspace now. She has a new job at which she’s excelling, is following through with her personal goals, and is starting to open up to love.

Through my hypnotherapy practice, I have found that by helping the mind process core problem issues and releasing them, people are once again able to achieve balance in their lives. It’s really about re-training the mind as to how you think about yourself and how you perceive the world, so that instead of your mind going down that dark path toward anxiety and depression, it goes to where you want to go. In doing so, a person is able to free themselves in from the past and start functioning on a more productive and happy level.

* Name has been changed to protect patient confidentiality.