How To Deal With Severe Anxiety and Panic Attacks: Get To The Source Of The Problem 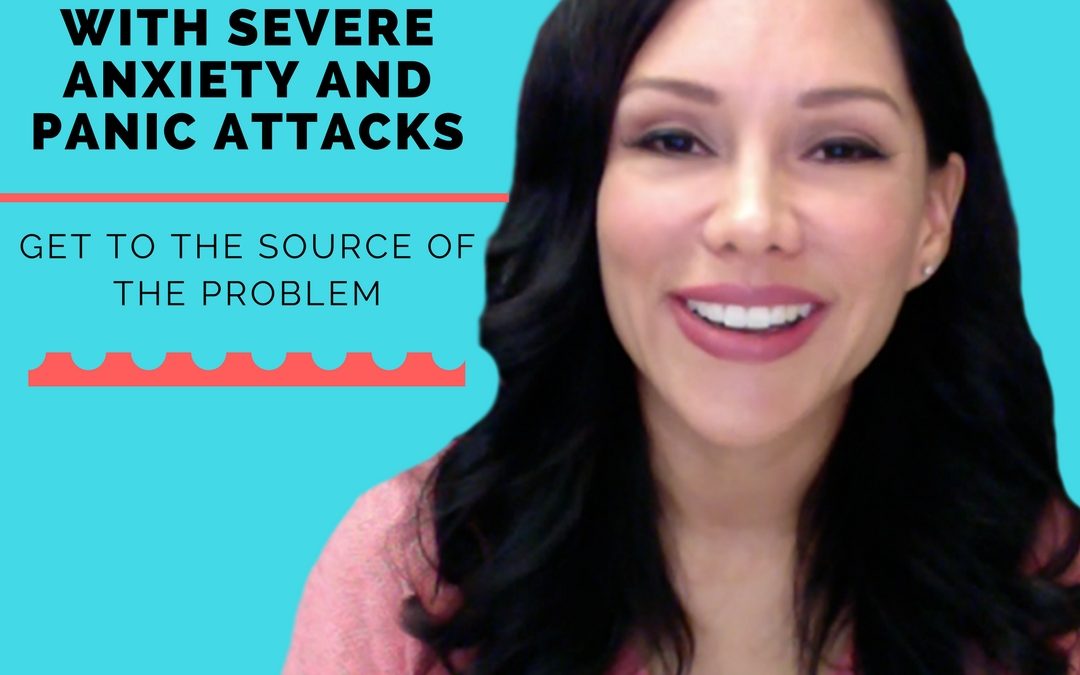 How To Deal With Severe Anxiety and Panic Attacks: Get To The Source Of The Problem

Imagine that my client comes in and tells me that she’s been suffering from severe anxiety that’s so bad that she’s constantly having panic attacks and the panic attacks have her so scared that she can’t do the basic things that she could always before do. She can’t just go to the grocery store by herself, she’s not able to drive, she’s fearful of working because she doesn’t know what’s gonna happen.

When you’re suffering from severe anxiety and panic attacks, it is brutal because you feel like you’re not able to just live a normal life anymore and you’re just all-around fearful and you feel very unsure of yourself because you don’t know what’s gonna happen. If I’ve just described you, the first thing that’s very important to do is to analyze when the panic attacks started, when did the anxiety set in.

So for example, for my client it all started when she was working at this one company where she was just not happy with it and she got to the point where she decided that she was gonna leave, so she left and then soon after, she had family come in from out of town and so imagine that she doesn’t have any money coming in and she needs to spend time and money on them. That was a big source of stress and then on top of that her husband, had these extra people in his home for a certain amount of time, that was a source of stress for him, which meant he was a source of stress for her and then she found that she couldn’t find another job that paid her as well as her previous job, so there was a lot of different things that she had going on and I think that all of those things not I think, I know, all that all of those things combined, was the source and is the source of her anxiety and severe panic attacks situation. My goal now is to help her process all that stuff and to help her release it so that she can move on.

If you’re somebody who’s suffering from severe anxiety and panic attacks, the first thing to do is analyze the source of them, so you can process it and be able to release it in the same way that I’m helping my client to do, because that is going to be what’s going to help her. A lot of times people get to that point where they think that medicating is the solution, but it’s not, because medication never gets to the core of what’s really happening. It’s all in the mind.

Even my dermatologist tells me that when he finds that he’s giving medicine to eczema sufferers and they’re not getting any better, that he just always notices that those people tend to be very anxious people and now he’s even started sending them my way because of it.

It all starts in the mind, so if you’re suffering from severe anxiety and panic attacks don’t think that it life is over for you, it’s just a matter of figuring out what is causing the source of stress, on your mind understanding what your mind is doing, working through that, processing it and then just moving forward with your life, so don’t think that you’re gonna be this way for the rest of your life, because it doesn’t have to be that way.

If you’re interested in getting rid of crippling anxiety and panic attacks, then feel free to check out some of my other videos: anxiety, depression, panic attacks and trauma are all my Forte’s and I’ve become an expert in them, I’ve helped thousands of people with these same topics, so feel free to take a look at my other videos and also go to my website because I have plenty of information there that you want to take a look at.

Well that’s it for me, I hope you’re having a good day and I look forward to chatting with you again soon.