When Somebody talks About You Behind Your Back 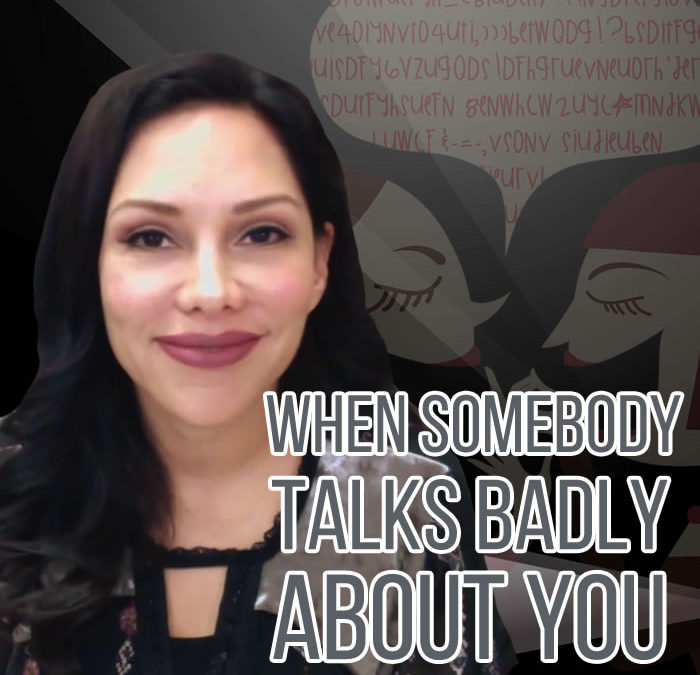 When Somebody talks About You Behind Your Back.

While it’s totally normal to feel upset and even angry when you first find out that somebody is talking badly about you, it’s what you do after you experience those initial feelings that matters most.
The first thing you is avoid lashing out. An upset reaction might just be what the person wanted. Seeing you lose it over what they said would probably give them a whole lot of satisfaction so avoid going down that road. In other cases, the person is somebody who is just so careless that they never thought that what they said would get back to you. They are probably a person who is not really in control or in tune with their own emotions and is probably somewhat of a loose cannon. Either way, think smart as opposed to letting your emotions get the best of you.
If you decide to confront the individual, do so in a calm and responsible way and ask, “Hey, did you say such and such?” That might just shut the door on them talking badly about you or it might give the person the opportunity to convey whatever emotions are behind their behavior. Whether they say it or not,those are usually fear and insecurity.
In some cases, confronting the individual isn’t even an option or it could be that you’re so livid, that that isn’t the wisest option because you might just lose it. In that case, forget confronting the person and consider that this person has already stooped really low. Especially if this person is somebody has been really nice to you and at the same time, been talking badly behind your back, that says much more about the person than what it does about you. When you think about it, it’s actually cowardly behavior. That kind of behavior doesn’t deserve your time or mental energy. Sometimes, you are just better off just acting as though that person doesn’t exist. Sometimes, silence can be a stronger statement than getting upset because silence says, “I don’t care.”
Now, you might be stressed out about how what other people are going to think about what was said. That’s totally normal. The people that truly know you, will take what was said with a grain of salt. Those that don’t might just believe it all. It could happen. Even so, with time, the more people get to know you, the more they’ll see the truth of who you really are. I used to have a neighbor who would talk badly about different people here and there. I remember coming across a new neighbor who had just moved into the neighborhood and noticing that he looked at me with an upset face. One day he mentioned that other person and he indirectly mentioned her version of an incident that had happened between us. All I did was say my version of what had happened. He didn’t seem convinced but there was nothing more that I could say about what had happened. That was the truth. For the longest time, he would look at me with a scowl on his face… but with time, that uncomfortable feeling that I got from him went away because he came to know who I truly was. Now, everything is good. On the other hand, the person who had made the negative comments, had done the same with other people in the area making it so that there were plenty of people that didn’t trust or want her around for that matter. People who lie and gossip in the end lose because with time, people start catching on to their bad habits and then nobody wants them around. By the way, if you come across somebody who always has something negative to say about somebody, who is always bad-mouthing somebody, consider that the same way they talk badly about others, they can one day do the same about you. Take heed to my warning.

When somebody talks badly about you, it can be upsetting, just don’t let it upset you for too long. Don’t waste your time ruminating over somebody else’s stupidies. Life is too short to bother. Instead, move on to more pressing important matters in your life and keep moving forward. That’s the best kind of vengeance of all.