Verbal Abuse: The Differences Between Criticism and Constructive Criticism 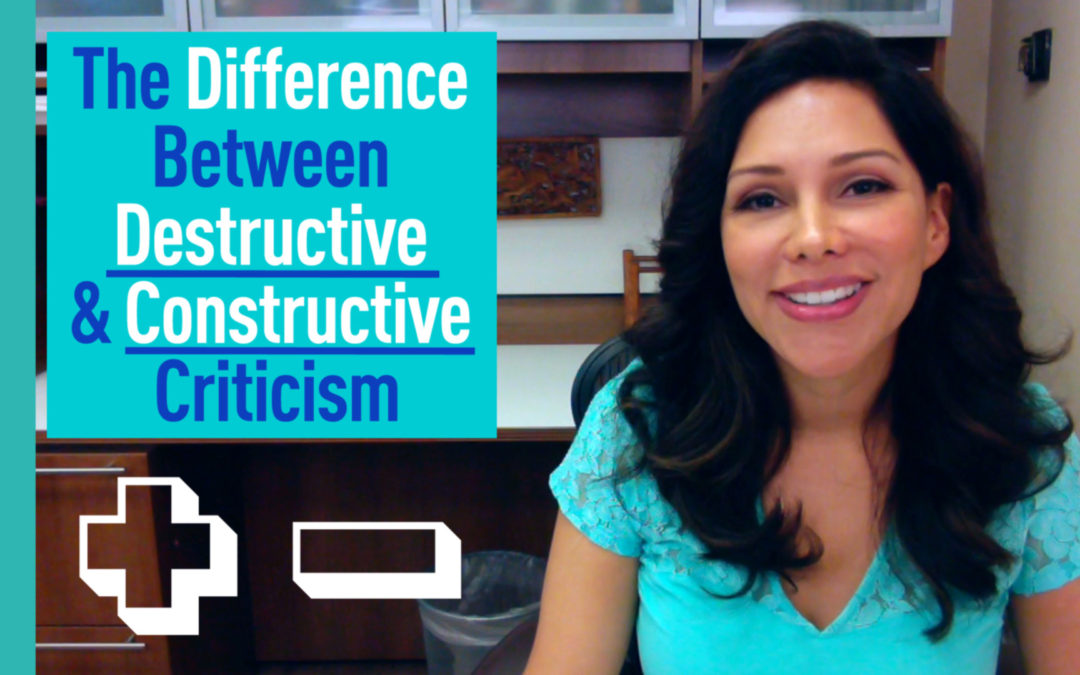 Verbal Abuse: The Differences Between Criticism and Constructive Criticism

Are you around somebody who is constantly telling you what you are doing wrong and what you should be doing?  It can be a real source of negativity as it can cause you to feel bad about yourself and it can also cause you to question your decisions.

Even a person with a high self-confidence can find themselves negatively impacted if they are constantly barraged by somebody else’s verbal abuse. The person who is constantly doing all the criticizing might tell you that they are saying what they are saying for the sake of helping you when they are going about it in the wrong way. That is why, today I am going to go over the difference between criticism and constructive criticism.  This way should you identify destructive criticism, you can become aware of it, not personalize that person’s words and have a heart to heart with the other person so that you can create some boundaries. I say this because destructive criticism can become a source of stress, anger and hurt.

Keep in mind these differences and you’ll be able to see criticism in general from a completely different point of you.  And if you are somebody who has endured a whole lot of destructive criticism remember that it’s never really been about you, don’t bite the bait anymore.  Instead, begin to establish those barriers and if needed distance yourself.  Sometimes… you just must for your own well-being.

For more information on sessions focused on helping you to detox from toxic relationship, visit my web. See you soon!