Marijuana use in teens and young adults 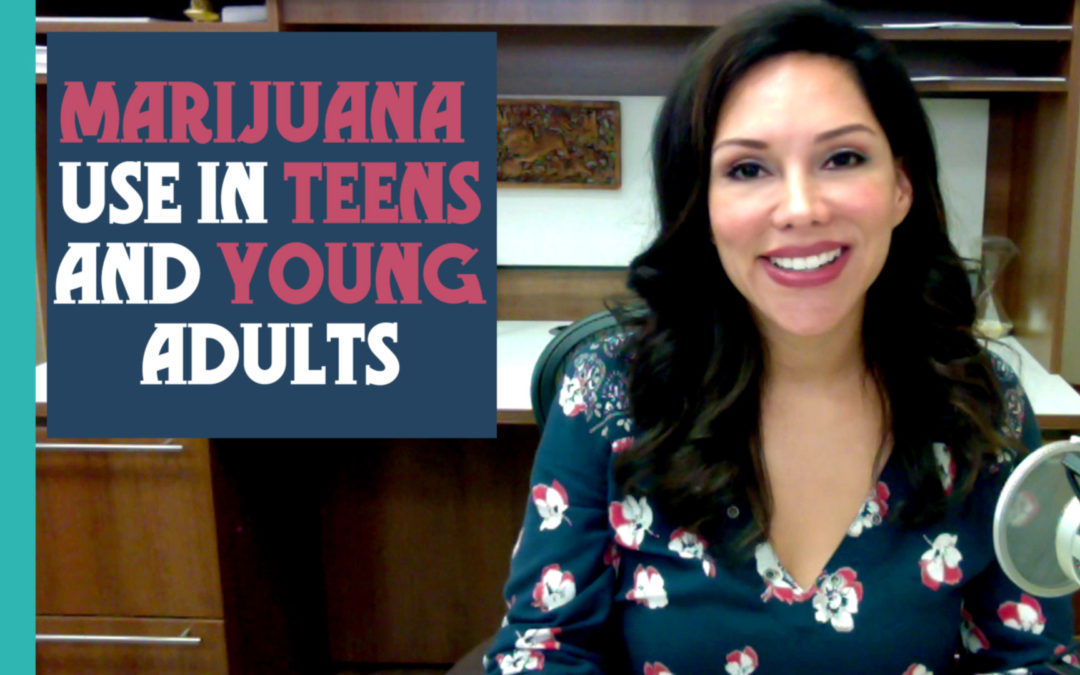 Marijuana use in teens and young adults

Before I continue with this video, I want to say that I am in no way against the use of marijuana particularly by mature adults who are able to benefit from it. I understand that it does a lot of people good. I myself think it’s something that should be legal. Now that I’ve said that I do want to mention something that more and more, I’m seeing in my office.

I’m having parents come in with teenagers and young adults who are in a really bad place because of their marijuana consumption. Whenever a desperate parent calls because of their marijuana consumption, they usually tell me the following: My son isn’t getting anything done, he’s always locked in his room smoking or hanging out with his friends instead of studying or working. He’s gaining a lot of weight. He’s been getting more and more paranoid. Now he’s even started to hear voices. The psychiatrist he just saw is saying that he is suffering from schizophrenia and even with all of that, he doesn’t want to quit. He needs to quit. Help him.
I always explain to the parent that I’m speaking to, usually the mom, that our sessions only work if the person wants what they are coming for. If the desire to quit isn’t there then the chances of my sessions working are cut in half.

One young adult recently told me that he was open to reducing his intake of marijuana because he wasn’t completely ready to stop smoking it. On his next appointment he said that he himself realized that he was totally addicted to it and that he needed to get rid of it. He was spending all of his money on it and he himself was realizing that he was letting himself down by not getting anything done. Btw, people between the ages of 15 to 24 years old have higher rates of marijuana consumption than people who are 25 and older. Studies have also shown that early consumption can really impact young adults not just in their ability to reach goals but also mentally. Even the structure of their brain become altered. One study even said that those that heavily used marijuana by the age of 18 were 6 x more likely to develop schizophrenia than those who didn’t. Of course, there are probably other factors that need to be taken into account such as family history and childhood trauma. Still. There’s a link there that you can’t deny.

Now I’m not saying that this is going to be the case for every teen or young adult out there who is smoking marijuana because I don’t think that’s the case. What I am pointing out is that some teens and young adults are probably at a disadvantage by consuming marijuana. You might say, well, it’s probably the particular strain. That person should instead have this other one. I don’t know about that but what I do know is what I’m seeing at my office.

I’ve heard people say that marijuana is not addictive. For certain people, it sure is. In fact, teens and young adults are more likely to become addicted than older adults which can make helping a child even harder if she or he is really hooked on it. One particular study said that 1 out of 6 teens who use marijuana will develop an addiction. For daily users, 25 to 50% will become addicted.

If you are a concerned parent, who is witnessing some of the things that I’ve mentioned, the best thing to do is to begin to dialogue with your child and do your best to keep the conversation as calm as possible. Take into consideration that the more you press the issue the higher the chance that you’re child, even a young adult will behave so be strategic and expressive without attempting to control.

Did you find this video useful, visit my website for more information related to this.