Neuroplasticity Proves It’s Never Too Late to Change Our Brains 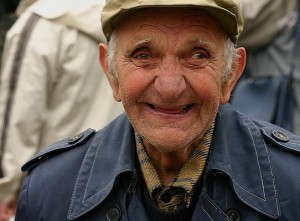 You’ve probably heard the cliché, “You can’t teach an old dog new tricks.” This implies that the older we get, the less likely we are to change our ways.

But is this really true? Not for humans, recent research shows. Even as you age, your brain is constantly rewiring itself and forming new neural connections. This ability of your brain to continuously change as a result of experience is known as neuroplasticity (or brain plasticity).

As defined by the National Center for Biotechnical Information (NCBI), neuroplasticity is “the ability of the nervous system to respond to intrinsic or extrinsic stimuli by reorganizing its structure, function and connections.” This means your brain can change based on input from the environment and also from your own thoughts.

“This has important implications for health: something as seemingly insubstantial as a thought can affect the very stuff of the brain, altering neuronal connections in a way that can treat mental illness or, perhaps, lead to a greater capacity for empathy and compassion,” writes Sharon Begley in a 2007 TIME article. “It may even dial up the supposedly immovable happiness set point.”

As an example, Begley mentions a UCLA study that discovered that cognitive behavior therapy – in this case, repeating positive thoughts – helped calm the part of the brain that triggers obsessive-compulsive disorder (OCD). Researchers concluded that “the mind can change the brain.”

Before advanced brain imaging became available, it was widely thought that our brains were “hardwired,” with a finite number of cells that we lose as we age. The habits formed when we were young would be ingrained all our lives, becoming difficult, if not impossible, to change.

In the past few years, neuroplasticity has shown this isn’t true. As an adult, you still have the ability to grow new cells and recondition your brain to adopt new behaviors.

One way to do this is by changing your thought patterns through hypnosis. A 2009 study found that hypnosis actually encourages neuroplasticity. While you are in this deeply relaxed state, the negative thoughts in your subconscious – the “hard drive” of your brain, where your “programs” are stored – can be replaced with positive ones.

It’s never too late to find happiness and success by rewiring your brain. Call Sasha today.